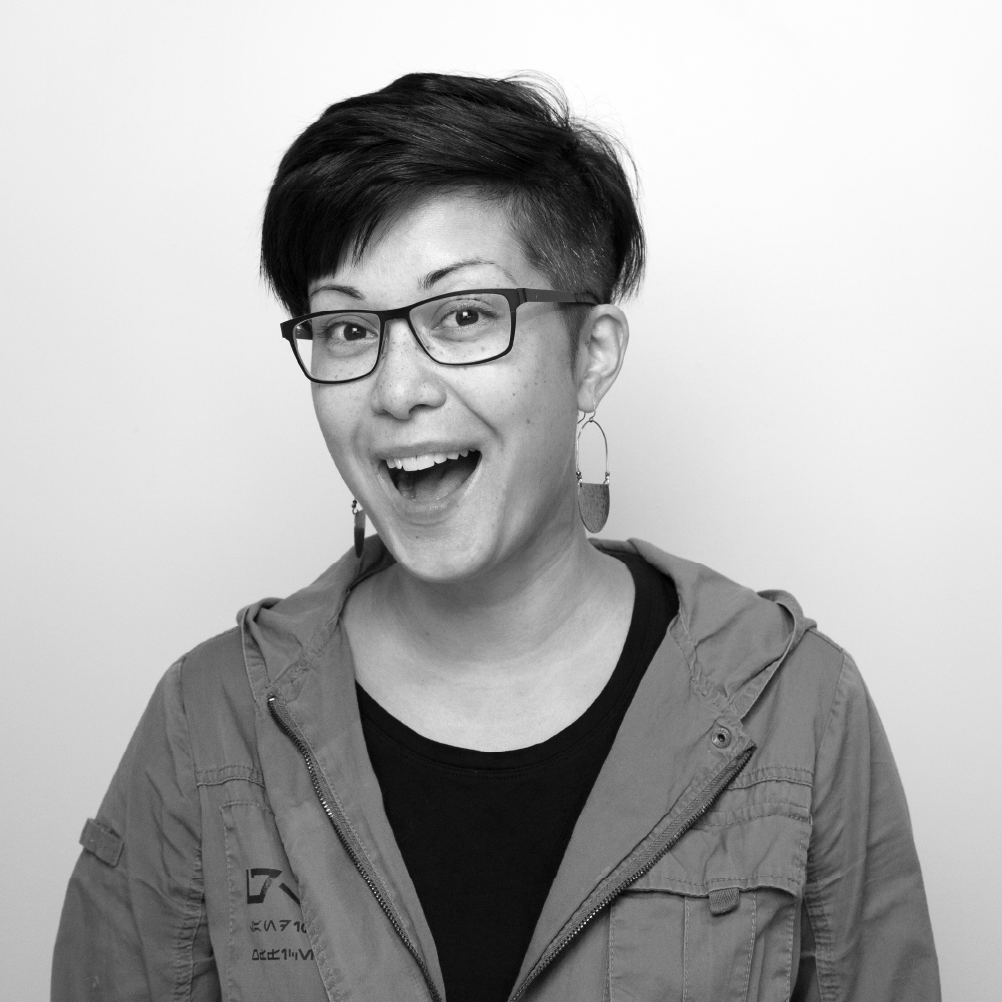 You don’t make it to Alaska’s Most Wanted list by being timid. Air Force veteran and all-around badass Asia Bauzon has weaponized creativity. By the time Ye Olde Advertising Agency down the street brews its first earth-tone decanter of decaf herbal tea, Asia has already detonated a neutron bomb of great art. Got a problem with stale branding and inert sales? Are you being bullied by bigger competitors? Maybe it’s time to sick Asia on ‘em. Then run the vacuum and put out some biscuits – because you’re about to get visitors. We call them “customers.”

After 10 years of going into harm’s way to defend your freedom while also earning a Bachelor of Art from UAA, Asia enlisted in the advertising business. She’s a wife and mom, but don’t let her pretty smile fool you: She’s an Alaska girl, nose to toes – which means if a big brownie roars out of the woods while she’s pulling sockeyes out of a river with a toddler on her back, she can snap its picture or make that old grizz wish it’d never been born. Your choice, bear. These boots were made for walking. You know the rest.